In August 2018, 8 people at Kagoshima University Hospital *1 and 2 people at Shizuoka City Hospital *2 were reported to have been infected with multidrug-resistant Acinetobacter (MDRA) and died.  The number of deaths due to the effects of drug-resistant bacteria for which many antibiotics have become ineffective is expected to reach 10 million by 2050, and reports like this one make it more real.

Animal Rights Center Japan claims that animal welfare for farmed animals is necessary to reduce the risk of multidrug-resistant bacteria (hereinafter referred to as drug-resistant bacteria). This claim has become a matter of course in the world and FAO (United Nations Food and Agriculture Organization) and OIE (World Organization for Animal Health) both recognize the need for animal welfare for one health and bio-security.

Simply reducing antibiotics in the livestock sector is not enough.  If the use of antibiotics is simply reduced without securing the five freedoms of animal welfare, there will be terrible consequences of animals simply suffering and dying, diseases spreading more, and bio-security breaking down.  In that case, the minimum welfare of animals that are not even secured now will worsen.

It’s not difficult to understand these ideas.  That one can overcome illness if their immunity increases, or lose if it decreases, or that continued stress, mental fear, anxiety, or poor environments would lower one’s immunity should be apparent if one has a normal cognitive ability and common sense.

However, the reason for the lack of awareness about the relationship between drug-resistant bacteria and animal welfare is the difficulty of medical terms, disease names, and drug names.  Let’s summarize how animal agriculture leads to danger to humans.

What effects from animal agriculture to humans?

The two are easy-to-understand relationships between animal agriculture and drug-resistant bacteria.

The Nikkei Newspaper on 2018/3/31 among others reported that “bacteria resistant to drugs, detected from half of the chicken meat” *3.  In an investigation on the state of drug-resistant bacteria in foods conducted for 3 years from FY2015 to FY2017 by the food safety promotion research project of the Ministry of Health, Labor, and Welfare *4, a shocking detail had been included that a drug-resistant bacteria called ESBL was detected in 69% of domestic chicken meat.

This ESBL (substrate-specific extended spectrum β-lactamases producing bacteria) is one type of drug-resistant bacteria, and many antibiotics do not work.  These strong bacteria are frequently found in commercially available chicken meat.  Moreover, at clearly higher proportions among domestic products.

It is detected not only from chicken but also from feces of egg-laying chickens.  Also other studies have demonstrated the same; for example in a study at Kagawa University, 68.0% of commercial chicken meat had ESBL *5.  A 2017 study in the Netherlands also showed that beef is more exposed than chicken meat *6.  This has been linked to cooking methods in a more advanced study, concluding that beef is more likely to be exposed because it often is not fully cooked.

Whether or not the standard values set by the Ministry of Health, Labor, and Welfare are considered safe may depend on each person, but nothing is better than not containing any.  Because it’s not like you’re sick and want to be treated…

Being released to the environment

The above survey shows that feces also contain drug-resistant bacteria, but feces are also used in agriculture and are somehow released from the farm.  Dust with dry dung is scattered a lot.  In Japan, there are still some bad farms where manure is flowing out.  Pig farms are becoming equipped with sewage treatment, but they are released once the filth is removed.  It is highly possible that these contain drug-resistant bacteria *11.

#2 may threaten more people.
Drug-resistant bacteria become stronger and stronger at nontrivial rates.  When a person wants to treat a serious disease with antibiotics, it becomes no longer effective.  It’s not the infection that is scary, but creating the situation where “there are no drugs when trying to treat drug-resistant bacteria!” is scary.

There are many antibiotics in common given to livestock animals and antibiotics necessary for human treatment.  Although the growth of resistant bacteria cannot be stopped by humans, it is highly likely that we have promoted the growth of resistant bacteria using livestock animals.  The example of colistin is easy to understand.

The final weapon colistin has resistant bacteria even in Japan!

Colistin is an important antibiotic now called the final weapon.  It might be effective even when infected with the multidrug-resistant Acinetobacter above.

In guidelines overseas such as infection treatment guides, for treating multidrug-resistant infections for which other lines of antibiotics have not proven effective, treatment with colistin is recommended *8.  This has been published in some antibiotic use guidelines in Japan, too.  This important drug is used during infection with the following bacteria that have been resistant to other antibacterial drugs.

However, so far colistin has been used much as a feed additive (preventive purpose) in the livestock sector.  However, in November 2015, colistin-resistant bacteria with a resistant gene called mcr-1 was announced in China from pigs and birds, causing much havoc.  China immediately responded and announced the suspension of use as a feed additive on July 26 the following year *9, the response being 8 months after the announcement.

mcr-1 was immediately discovered in Japan and other countries, and was also detected for the second consecutive year in the food safety promotion research project *4 of the Ministry of Health, Labor, and Welfare mentioned above.  In 2015, there was no inspection yet, but in the 2016 survey, 14.5% of chicken and 2.0% of pork for commercial edible meat, and in 2017, 14.15% of chicken and 1.58% of pork for commercial edible were reported to contain mcr-1.  And in Japan, the Food Safety Commission finally banned its use as a feed additive in July 2018, assessing the risk of colistin as a moderate risk.

“The possibility and extent of attenuation or loss of the treatment effectiveness of antibacterial substance for humans when drug-resistant bacteria selected by using colistin sulfate in livestock is transmitted to humans through food and humans develop infections caused by the bacteria” were studied, and “the possibility that a hazard is selected as a result of the use of colistin sulfate as a veterinary drug or feed additive in livestock, and humans being exposed to this hazard through animal-based foods derived from these livestock, and the treatment effectiveness of antibacterial substances for humans would be diminished or lost could not be denied, and as a result of comprehensive risk estimation, the degree of risk was considered to be moderate.”, concluded by:

* Colistin is not used for livestock in Canada, USA, or Australia.

However, the scary part of drug-resistant bacteria is that we don’t quite know for what reason the resistant bacteria are detected.  And even if the administration of certain antibiotics is stopped, the detection will not go away.  For bacteria that have already become strong, there is no need to bother becoming weak again.  They will grow steadily in nature and inside bodies of animals.  No one notices because they are usually quiet.  Colistin has been used in the livestock sector for the past 50 years.  Even if it is finally banned in 2018, it may be too late.  Moreover, China says it will recall feed containing colistin *10, but in Japan we don’t hear of any recalls.  Japan is always generous to industries.

Naturally, both humans and animals are full of bacteria.  The Acinetobacter above is also environmental bacteria and is found in nature.  The bacteria themselves are not bad, but they can expose their fangs when the host becomes weak.  And at that time, we’d say “these were bacteria for which various antibiotics did not work”, and 10 million deaths are being predicted.

A system for raising 10 times as many animals as humans, “factory farming”, should be reassessed immediately. 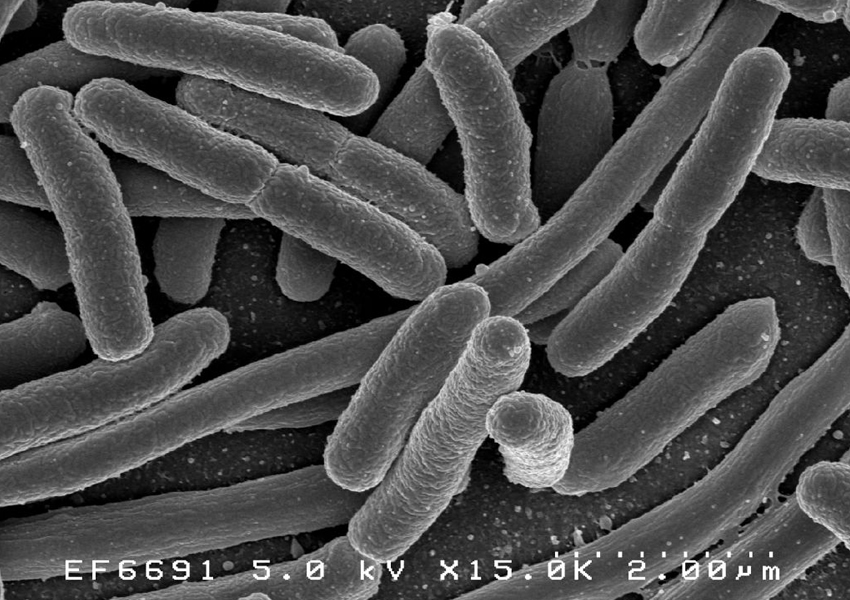 Summer of Koharu who rescued chicken from battery cage

The hatch for calf is a muddy. It was hell on a rainy day