Is your milk coming from healthy cows?
When you imagine dairy cows, you might think of free-range cows. However 70% of farms in Japan keep their cows tied with a short rope called “tie stalls.”

See the images below: 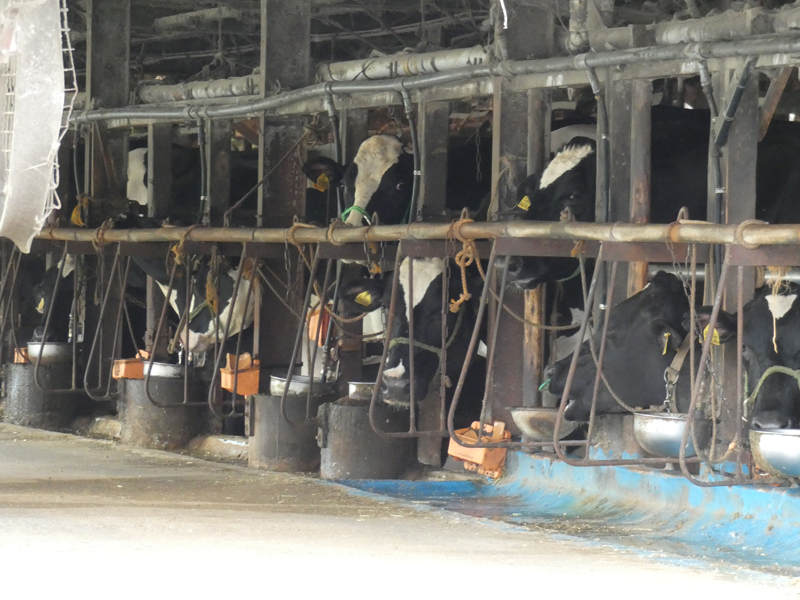 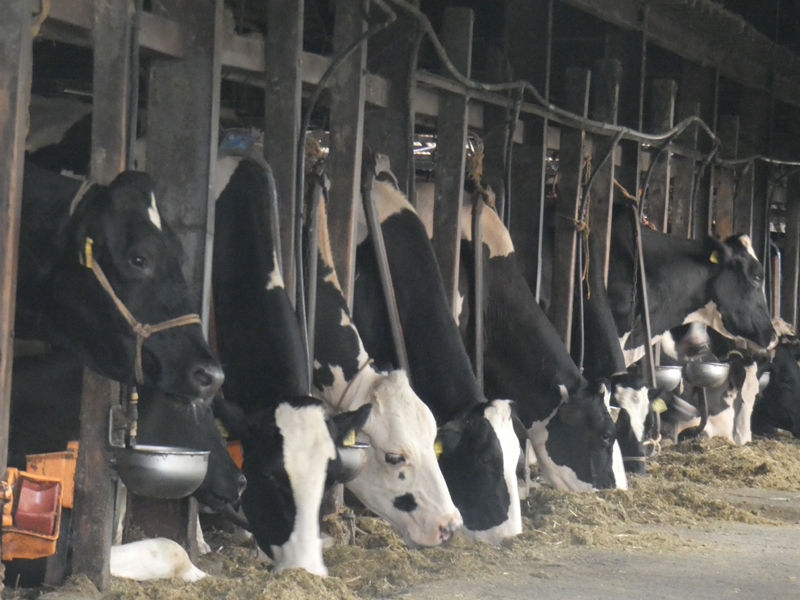 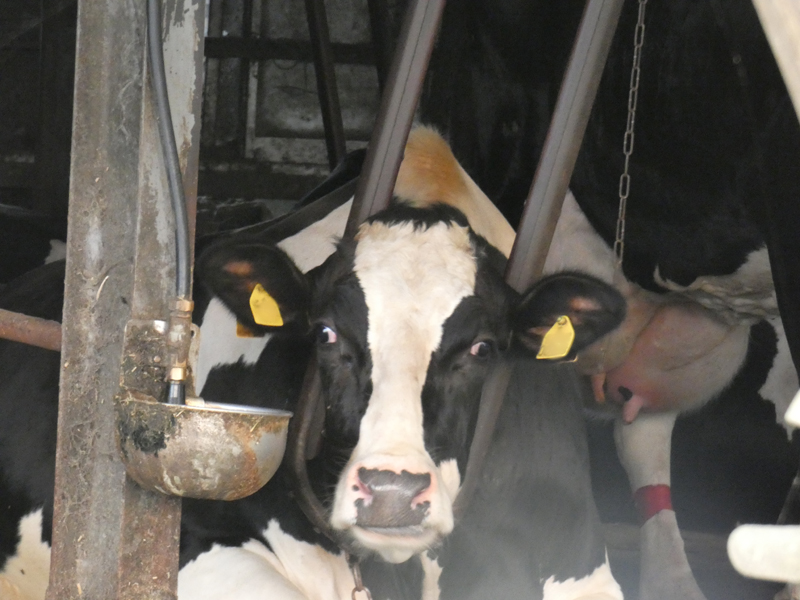 The majority of farmers use these methods while there are other methods called free-stalls or free-barns where cows can move around. In Japan, only 3% of farmers are estimated to allow cows to graze in a field as of 2012.

The picture below shows the “free-stalls” method. 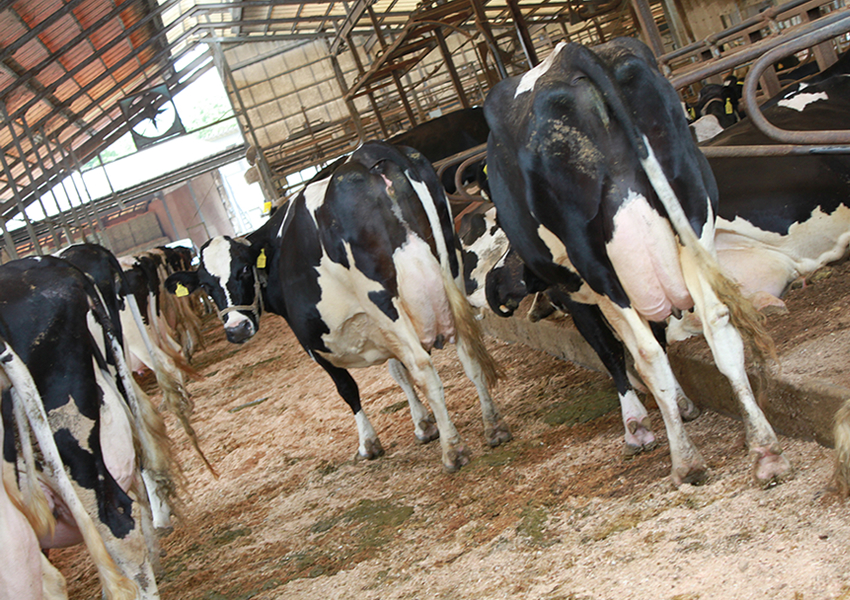 Many studies suggest free-barns, free-stalls, and free-range are better for cows’ health.
If you’re a milk drinker, you certainly want your milk to be coming from healthy cows rather than sick ones.

Dairy cows in tie-stalls are only able to take a few steps back and forth, not being able to walk or run around. Dairy cows need exercise in order to maintain health.
Dr. Phillips, who has a PhD in dairy cow nutrition and behaviour, states as follows in one of his research papers:

Modern domesticated dairy cows also require exercise in order to maintain their health and productivity since their ancestors would walk around to graze in grassland.

The European Food Safety Authority of the European Union also states as follows in one of their reports:

Exercise is needed for normal bone and muscle development and to keep the cattle in good condition.*4

It is only natural for cows to need some exercise in order to be healthy just like humans and other animals.

Tied cows tend to go lame or get foot-related diseases

Lameness was most identified in T1. Hoof disorders were least observed in L2. A similar result was observed for sole disorders.
There were the highest odds for these disorders in T1 closely followed by T2.

The author concludes that the reason for these differences in the results is some cows have access to exercising in grassland.
Hock lesions are also common diseases for dairy cattle who are raised in tie-stall barns. Since they repeatedly sleep in an unnatural posture, they get scratches on their skin, then get infected. If it gets worse, it can get ulcerated or form abscesses.
Cows become lame because of the pain from hock lesions and lose weight.

Tied cows tend to get filthy

A study conducted by the USDA shows the following results. Note stanchions are a metal device that holds the head of a cow:

A percentage of filthy cows in free-stalls are smaller than those in tie-stalls, stanchion barns, and dry-lots.*6

The USDA explains this is because cows in tie-stalls or dry-lots have more access to dirt and grassland.
Is this really true?

Cows tied by ropes or stanchions are not able to move. So they defecate, eat, and sleep in the same place. The place may get cleaned a few times a day, but it gets dirty every time cows drop. The cows have no choice but to sleep on their own feces in some farms.
As far as we are aware, the cows in the farms where they are tied get filthy, and their bodies and tails are covered by their own urine and feces, which get hard over time. The cows in free-stalls or free barns tend to be cleaner.

Not only do unsanitary conditions give cows discomfort, but also cell counts and bacteria in their milk proliferate under this environment.

Studies show the number of aerobic bacteria and psychrotrophic bacteria in raw milk will increase when cows are filthy.
Bacteria should not exceed 4 millions per milliliter in raw milk, and 50,000 in milk per liter per Japanese regulations.
It presents abnormal taste when bacteria proliferate so the number of bacteria should be small.
Some studies also show the dirtier the cows’ breasts are, the higher cell counts in their milk*8.
The cell counts include cells such as white blood corpuscles. Cell counts in raw milk increase when cows are sick or when they are in bad condition.
This means there are better chances of bacterial infections or inflammations.
White blood corpuscles eat microbes when cows get inflammations. These dead white blood corpuscles, then, become pus.
Low cell counts indicate good milk coming from healthy cows.

The below is an excerpt from one company paper published by a corporation that sells animal medicines:

There are no definite clues for bad effects to human health when cell counts in raw milk increase in an abnormal fashion.
However, the higher the number is, the better chance of raw milk being contaminated by pathogens or antibiotics.
Additionally, we should suspect raw milk with higher cell counts may come from unsanitary place or unhealthy cows*9.

Some studies also shows cell counts decrease in raw milk when cows are free-ranged.
Animals in an environment that is similar to their natural state are able to maintain sanitation.
Humans force these animals into a situation where they are unable to move around. As a result, they have to live in an unsanitary environment.

Cows in tie-stalls tend to get sick

When comparing cows in tie-stalls with ones in free-stalls, several studies suggest the tied cows tend to get mastitis.*11 *12*
Mastitis in dairy cows is caused by udder infections, usually resulting from bacteria. The cows feel excruciating pain around their breasts.
Ketosis is a metabolic disease usually caused by lack of energy intake, which causes high ketone level in their bodies. Some studies also show cows in tie-stalls get this disease more often compared to those in free-stalls.*11*13

Modern dairy cows often require human hands when delivering their babies. Cows in free-stalls or free-barns tend to get less chance of obstructed labor compared to those in tie-stalls.*12
Cows who get daily exercise have fewer problems compared to those who don’t during delivery.*14
Also, cows in free-stalls have higher fertility rates *11*13 and less chance of getting ovarian cysts in comparison with those in tie-stalls.*13

Unable to build rapport with their peers 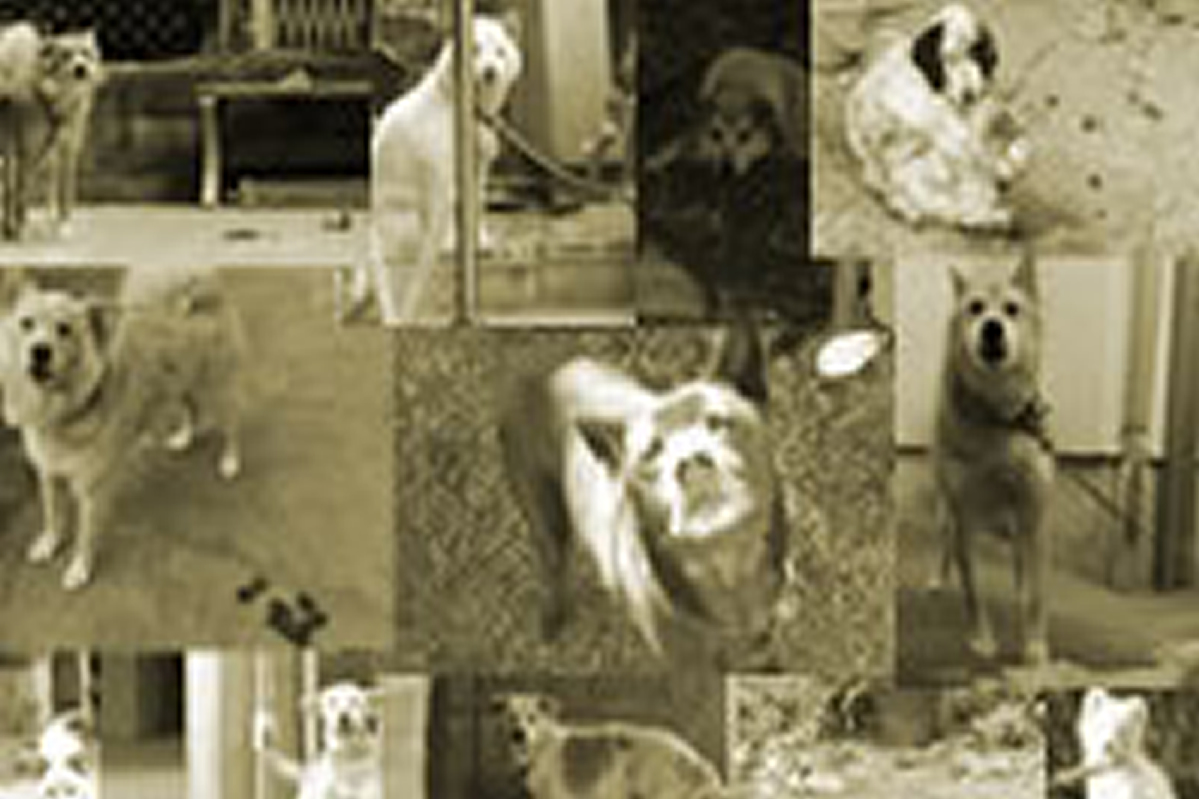 The below is an excerpt from a book written by Shusuke Sato, who is a pioneer of animal welfare issues in Japan.

It elaborates on how important communication with peers it is for cows:

“I’ve been studying how cows establish friendships among their peers for 10 years. ‘A proof of friendship’ is shown when animals help each other in a critical moment, when they share food, and when they look after each other. For cows, they do not share food but they do groom each other, which is considered ‘looking-after’ behaviors. Cows’ tongues are long and rough. They groom other’s head, neck, shoulders, flanks, legs, bottom, and tails with their tongues. One gets close to another to groom flanks and bottoms. Two third of their grooming behaviors are done this way. The other third is when one requests another to groom. When that happens, one gets closer, and moves her chin up, lowers her head down, then pokes the part she would like to be groomed to the mouth of the other cow. Then, the cow starts to lick for about a minute. If it’s not enough, she keeps requesting, and it can last 5 to 10 minutes.”

According to this book, the licking effectively removes ticks and lice, and lowers the heart rate of the other cow. As a result, she gets calm.
Additionally, his study shows cows who often get licked produce more milk.
However, tied-cows do not have the opportunity to touch each other.

Tie-stalls are not comfortable for cows

There is a report about tied-cows whose stereotypical behavior is reduced when they are able to graze outside.
Tie-stalls are not good environments for cows to relax as they take time to lie on their sternum:

When observing the time needed to transition to sternum lying and stand-up position for cows (by Kondo 2006), it takes 9.2 seconds for cows raised in free-stalls to lie on their sternum from the time they bend their front legs while it takes 10.7 seconds for cows raised in tie-stalls. This is a notable diffidence. The cows on the latter seem to hesitate after they start bending their front legs. *16

Observation of transitioning behavior from stand-up to lying is an important indicator for the quality of bedding.
Cows lower and shake their heads to smell the ground when they’re moving into a sternum lying position. They sometimes behave as though they’re digging the ground. This indicates cows are assessing if it’s the right place to lie down for them.*17

Tied-cows should have an opportunity to exercise

Overall, free-range cows are the healthiest while cows in free-stalls or barns are better than those in tie-stalls.
While it may be hard to shift to the other methods, tied-cows still get health benefits if they’re released outside to exercise even for a short period of time.
For instance, it’s known they tend to get less injuries or foot diseases, tongue playing if they are able to go outside during the Summer time. Tongue playing is an abnormal behavior caused by stress. By letting cows exercise outside, both their physical and mental health will improve.

The OIE Standards for Animal Welfare ad Dairy Cattle Production Systems explains tie stall housing will pose higher risks for welfare problems.
It’s only natural animals are not happy and get sick if they are in an unsanitary environment, and have no access to exercise.

Can you drink milk that is coming from farms filled with diseases with cows who are sick?

When you purchase milk or dairy products, think about the cows that produced it, and in what kind of environment they were raised.