On June 12, 2019, the revised Animal Protection Law was established.
ARCJ has partnered with JAVA and PEACE, and for over 2.5 years we’ve been working on a law to protect all animals. Based on the draft plan we created, discussions have continued. The effectiveness of the law, which was lacking in the animal welfare management law so far, and the deficiencies in its operation have greatly improved.The removal of the transitional measures of the 8-week-old regulation of dogs and cats that are being discussed by the public will not actually benefit the animals significantly. This had been treated as symbolic, but in fact the fine revisions that have been made behind all this are what will save the animals.

However, in contrast to major advances such as tightening of requirements for animal handling industry and ease of cancellation, improvement in effectiveness of on-site inspection, instruction and advice, prohibition of pet breeding of specific animals, etc., the animals who are abused the most, i.e. farm and lab animals, were abandoned. There was no progress in terms of amphibians and fish, either. That said, in the case of farm animals, the legal statement included strengthening the coordination with relevant organizations that ARCJ encouraged. In fact, as we were asking for this more strongly than including the terms for farm animals, we could say that the campaign was half successful.
However, as for laboratory animals, just as with the past revisions, not one sentence nor one word was changed.
Why···
Because there is a much larger stake than in the pet industry. 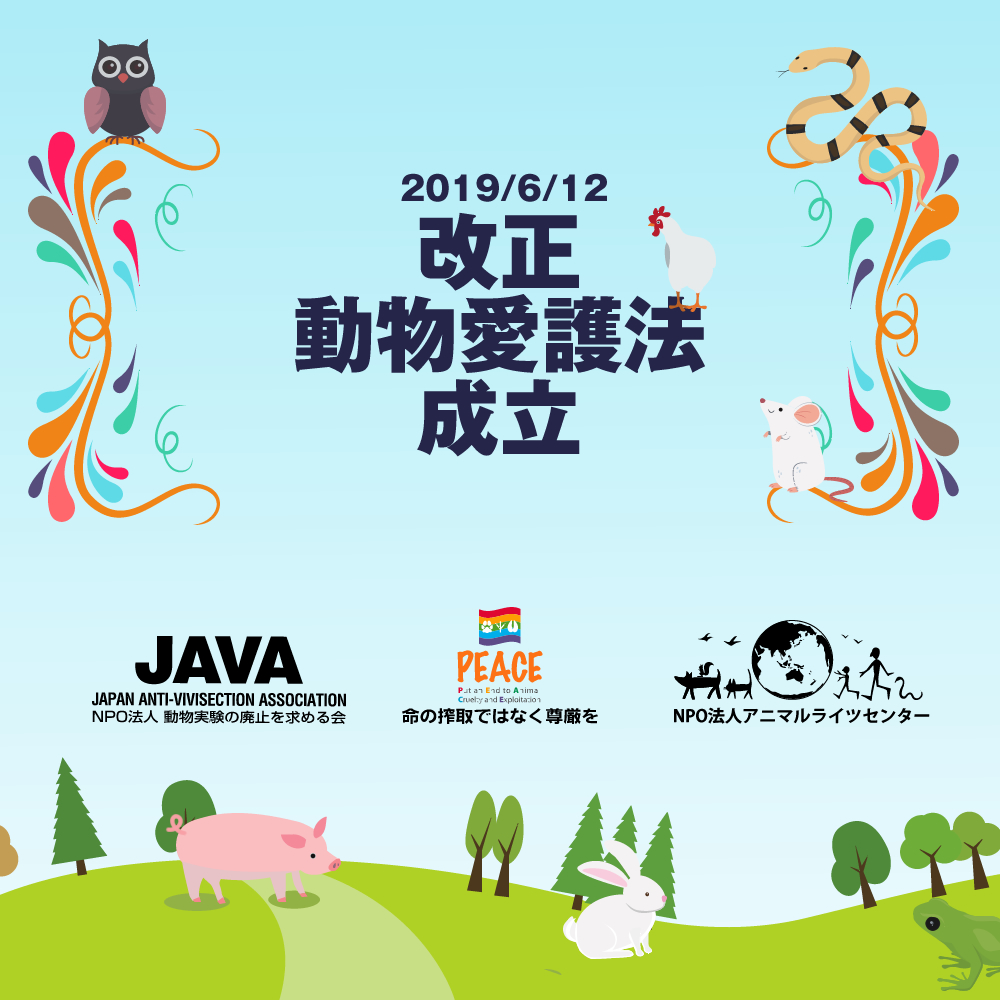 Hope to the suffering animals. We marched for the farmed animals.