On March 18, 2022, Hotel Senkei, focusing on both animal welfare and SDGs, announced that the eggs used at the hotel will be 100% cage-free or free-range by 2030. They came to this decision after discussing with the Animal Rights Center Japan.

Immediately after learning about the importance of animal welfare, Hotel Senkei began to use cage-free eggs for breakfast which are from the cage-free poultry farm in the local area, Kanagawa Prefecture. After then, they considered switching all the eggs used at the hotel and decided to go cage-free. The following cage-free policy is posted on the sustainability commitments of Hotel Senkei.

Last year, I was certified as the 2030SDGs official facilitator, and we also started a plan related to SDGs. When I got to know about animal welfare after talking with the Animal Rights Center Japan,I had thought about how we can do our best to contribute to this issue.

I thought it should not be a one-sided donation or support but has to be a “circulation of joy” that customers will be pleased with. So I decided to use Inoue Egg Farm’s cage-free eggs, “Sagamikko” from the viewpoint of local production and local consumption. We hope that many customers will enjoy it.

After we talked with Ms. Tsuda, she responded quickly and enthusiastically. Hotel Senkei has not only changed the eggs for breakfast to local cage-free eggs, but they also put a leaflet promoting animal welfare in the guest rooms. Then, as part of deepening the sustainability efforts, she chose a future in which all hens were not trapped in cages. Animal welfare is deeply related to the SDG’s Target  #2,#3,#6,#8,#12,#13,#15,and #16. 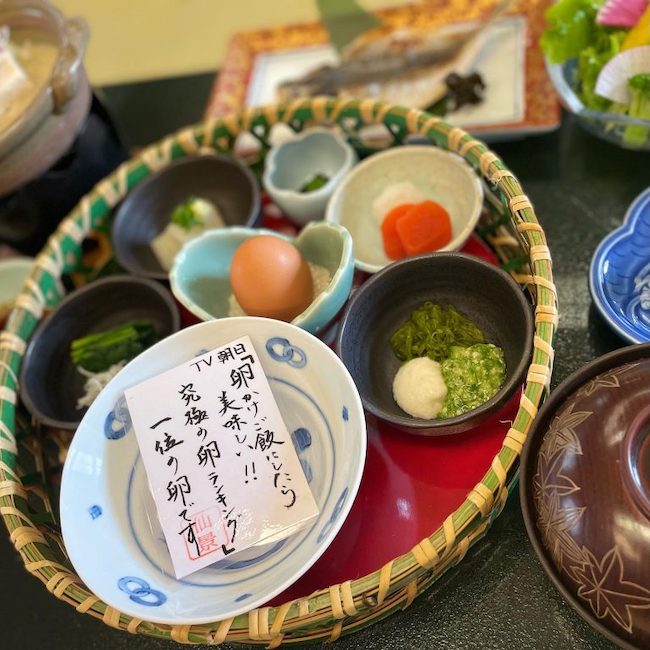 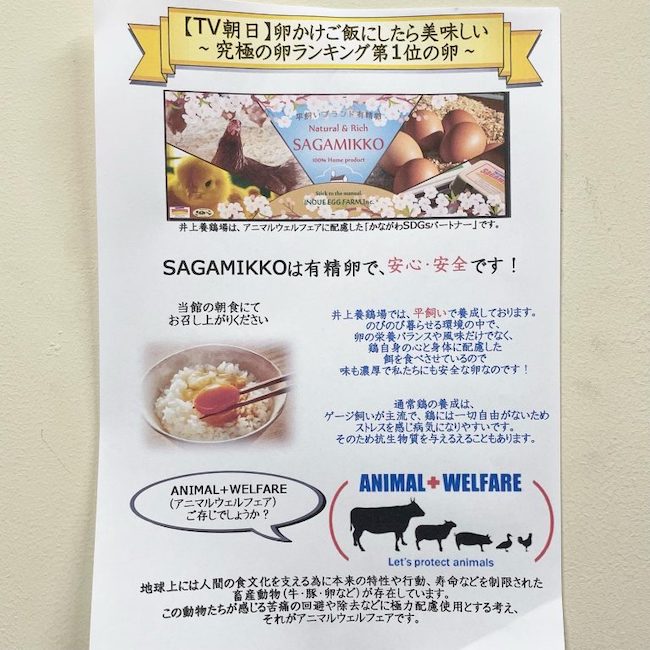 Significance of aiming for cage-free

In cage-reared egg farms, the hens are tightly packed and are unable to take any of their natural and important behaviors. The average rearing area in Japan is only B5 size per hen, which is the lowest level in the world. Battery cages have been found to have a higher mortality rate than cage-free rearing, and cage-free rearing  has room for improvement while battery cages do not. Switching to cage-free will dramatically improve the welfare of hens in the supply chain. Only when there is demand can producers switch their rearing methods. This announcement, which supports the gentle transition, is an important step for both hens and Japan’s animal agriculture.

Animal welfare for livestock animals is related to SDGs as well. In addition to Target #12 “responsible consumption and production”, it has been pointed out that there is a risk that intensive livestock farming, which has focused only on efficiency, will create new diseases, This can significantly compromise Target #3 “good health and well-being”. The concept of “one health” is becoming more important. Human health, animal health, and environmental health are all linked. The ability of animals to exercise, behave naturally, and maintain low stress, rather than being concentrated, is not only compassionate for animals, but also contributes to the sustainability of human society. 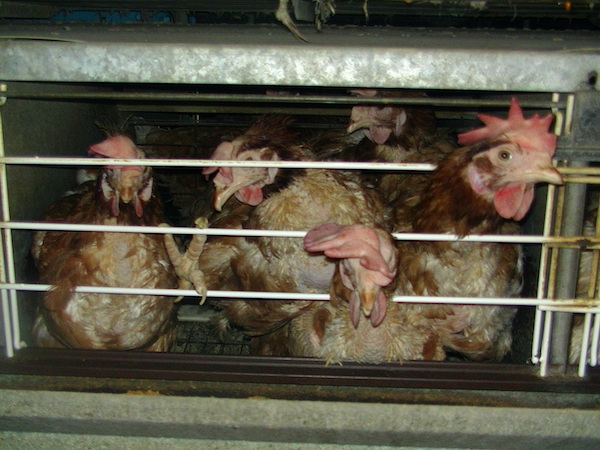 In fact, the hotel industry is one of the most cage-free forward industries. Many, such as IGH Group, which owns ANA hotels and Intercontinental hotels,Hilton, Marriott, etc., have committed to transition to cage-free including Japan. Not many Japanese companies have yet committed to go cage-free, but several hotels have, and now Hotel Senkei has joined the ranks of these hotels.

Including other industries, more than 160 companies and businesses in Japan are moving away from this horrifying rearing method.

It is a big incident that a hotel in Hakone, a representative of Japan’s hot spring resorts, has initiated a significant step in animal welfare. Hotel Senkei will serve as Hakone’s stepping stone in becoming a popular hot spring town where visitors from overseas can stay and relax. We welcome Hotel Senkei’s decision in paving the way for the future of animal welfare.

Ise Foods, which confines the largest number of animals in cages in Japan, filed for corporate reorganization