On 2019/11/12 at the House of Representatives Consumer Committee, Representative Keinin Horikoshi (Constitutional Democratic Party, Gunma) raised a question about promotion of animal welfare and ethical consumption.

Mr. Horikoshi explained animal welfare as part of ethical consumption, its economic impact, investment impact, and the risk of intensive livestock farming, and appealed strongly about the need for help of the Consumer Affairs Agency, which bears the role of educating the consumers.  In response, Shinichi Eto, Minister for Extraordinary Affairs of the Cabinet Office (consumers and food safety) stated as follows:

After hearing from Representative, we were not always aware of this, so it was very helpful, or rather a very good learning opportunity.
I agree, and so far the Consumer Affairs Agency has been making efforts to raise awareness in various ways such as handing out flyers, but I really felt that we have to make even more efforts, so I will do my best in that direction.

With Rep. Horikoshi’s powerful questioning and Minister Eto’s positive attitude, we can have hope for what’s ahead!

The trend for ethical consumption is an important initiative that significantly ties to our future.  There are numerous products sold in situations like in Japan where we don’t know exactly where the product comes from and what sacrifices have been made… but being “invisible” and being “nonexistent” are completely different things.  There are undoubtedly sacrifices behind each product package.  If animal-derived materials are used, it is evidence that the animals have lost their lives, and we must be responsible for how they were raised and how they were killed.

He also points out that the lack of animal welfare will affect investments in the future:

The FAIRR initiative, a livestock-related initiative of institutional investors, regards the risk of intensive livestock as a high ESG risk, and the total assets under management of institutional investors participating in companies that consider animal welfare as of last month amounts to as much as 19.3 trillion dollars, or about ￥2096 trillion in Japanese yen.  In other words, the risk of intensive animal husbandry that has been carried out so far is so high that, unless animal husbandry practice considers animal welfare, it’s not considered to be an investment destination.  Unfortunately, according to the FAIRR initiative, major meat companies in Japan have been marked as high-risk companies.

And even in the evaluation by the organization called BBFAW that evaluates animal welfare, the situation is that Japan’s major global food distribution companies under evaluation all are ranked at the bottom.  In other words, it is clear how much animal welfare in Japan is below the world standard.

Also in the ethical grade book of the Japanese citizens network that creates sustainable societies from consumption, animal welfare of foreign-based companies is high in grades while domestic companies are ranked at the lowest rank across the board.

In other words, if we continue with the rearing methods of Japanese livestock animals as they are, they will be left behind by the international community, and Japan’s leading industry is very likely to receive a hit.

First, although the report of the previous “Ethical Consumption” survey group includes animal welfare, in Japan the public awareness of animal welfare and ESG investment is low and thin. and the situation unfortunately continues that neither consumers nor producers are aware.  In an awareness survey of Japanese people about animal welfare conducted by a NPO in Japan, 85% had never heard of the term animal welfare.  Without the consumers’ awareness first, neither producers nor companies can offer ethical options to consumers.

Having heard all of these, Minister Eto seems to have suggested that efforts were needed on this issue.

The Consumer Affairs Agency has continued its efforts, but we feel that it is still far from being adequate and should be much improved.  As Rep. Horikoshi points out, we hope that the ethical consumption research meetings held for two years from 2015 will be resumed or developed into a committee and more specific measures will be taken. 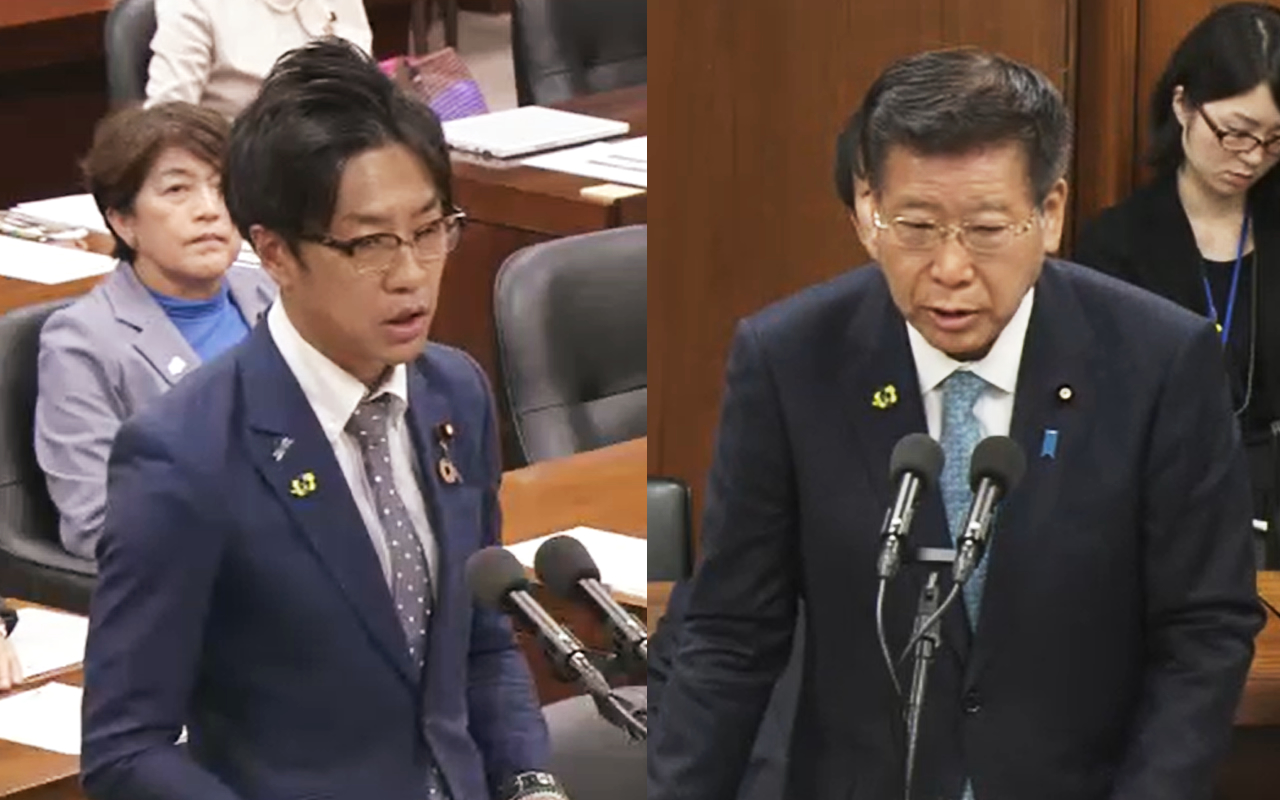 Wishing to end suffering of the animals... Please support our activism!