We report on the results.

Not only this time, but also in 2016, abusive behaviors (heavy use of stun guns, kicking, riding pigs and kicking the face) were exposed at the slaughterhouse C, and at that time, we were requesting the meat hygiene inspection responsible for the slaughterhouse to make improvements. The Meat Inspection Center regards the abusive behavior at this time as a problem, and “if an employee discovers an act that appears abusive by pig carriers, etc., it will be corrected appropriately to stop improper handling”. Efforts were made for improvement such as “Distributing OIE rules and improvement methods to vendors and making them known.” (Please see here for details）

However, investigations from 2020 to 2021 once again revealed abusive behavior.

We made a request to the Animal Welfare Department that has jurisdiction over the slaughterhouse C (2021/8/4).

We cannot be easily reassured from their response, as the abusive behaviors that were in 2016 are still taking place. However, at least the whole prefecture regarded the act on the pigs as a problem and took concrete measures.

We made a request to the Animal Welfare Department that has jurisdiction over the slaughterhouse F (2021/8/4).

We told the animal welfare department what kind of response each government had taken regarding the abuses at other slaughterhouses that we made requests to improve. First of all, we are asking them to recognize that the behaviors that are being taken at the slaughterhouse F is a problem, and then to give guidance for improvement and take concrete measures. 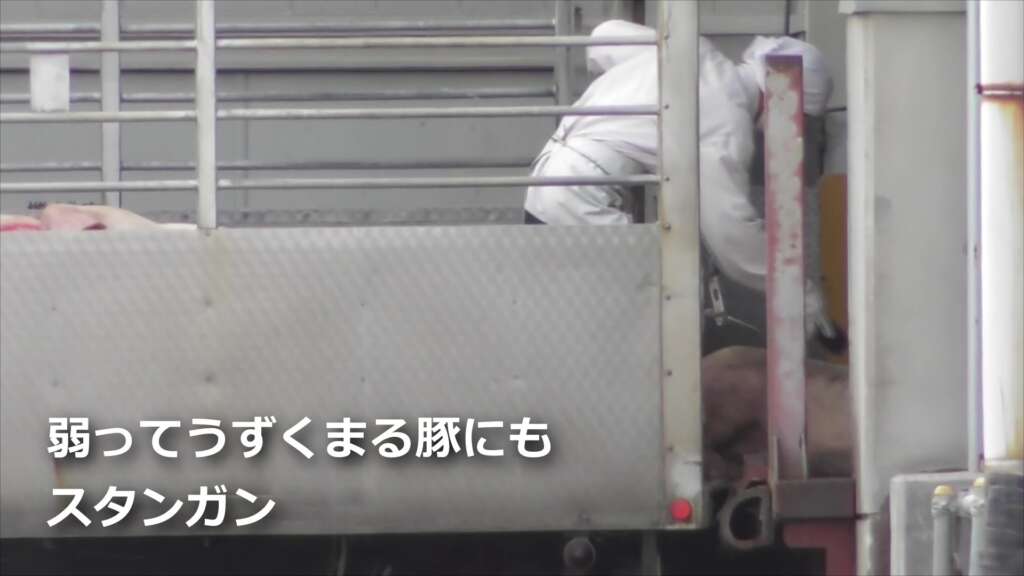 The video is from slaughterhouses C and F.