Long-Neglected “Honey” Dies: what caused this tragedy are those who paid for aquariums

ホーム » Long-Neglected “Honey” Dies: what caused this tragedy are those who paid for aquariums

The dolphin “Honey”, who had been confined to a small cage called a pool at Inubosaki Marine Park (closed), died of obstructive enteritis, as released to the media on March 29 *1.

When our partner organization PEACE checked, the last visit by the health center was on March 18, after which they had been told to just wait for a public announcement from the operating company.

Just the day before the announcement was made, Animal Rights Center Japan staff had gone to view.

2020/4/3 16:00.  Looking at the Inubozaki Marine Park from the road, a caretaker was seen feeding dozens of penguins by the pool. In the small pool which was stripped of paint and surrounded by tattered banners torn everywhere, there was only one duck and no dolphins could be seen.  Some parts were blind spots, and I wondered if she was hiding there, but the ripples on the water was just from the movement of the duck.  It was also possible that she was underwater.  When I asked the caretaker where the dolphin was, the answer was “maybe underwater”, but the water level seemed too shallow for going underwater.  A newspaper reporter who happened to be there said that the dolphin hadn’t been seen for a while.
I had a bad feeling.  After watching for a while, there was no sign of the dolphin, so I left Inubosaki Marine Park thinking she might have died.  The wish that she’d be alive and the wish that she’d be dead were half and half.  While wishing that she didn’t end her life just in pain, if she had to live in such a painful environment, I didn’t wish it to last any longer.

What tortured Honey to death was the commercial system called aquarium

However, the following day, which is today, her death was announced.  That caretaker man had lied.

Honey was abducted in Taiji, Wakayama Prefecture, in 2005, and was brought to Inubosaki Marine Park.  She gave birth to a boy, who had been in her womb before being caught, in a small cage at the Marine Park; her child died in the same cage; she was forced to perform in shows; her last companion died in 2017, and was all alone since then.

Finally, she has been freed from the painful, hopeless, and inescapable tortures.  By way of death.

This tragedy was created by the aquarium managers who want to turn creatures into money without ethics, and by all those who pay for the aquarium.

The same thing will continue to happen to other dolphins, and to other aquatic animals.

We’d like to tell people who like aquariums, that you are looking at slaves.  Slaves sacrificed because of such desires as your desire to have fun, and the desire to see them. 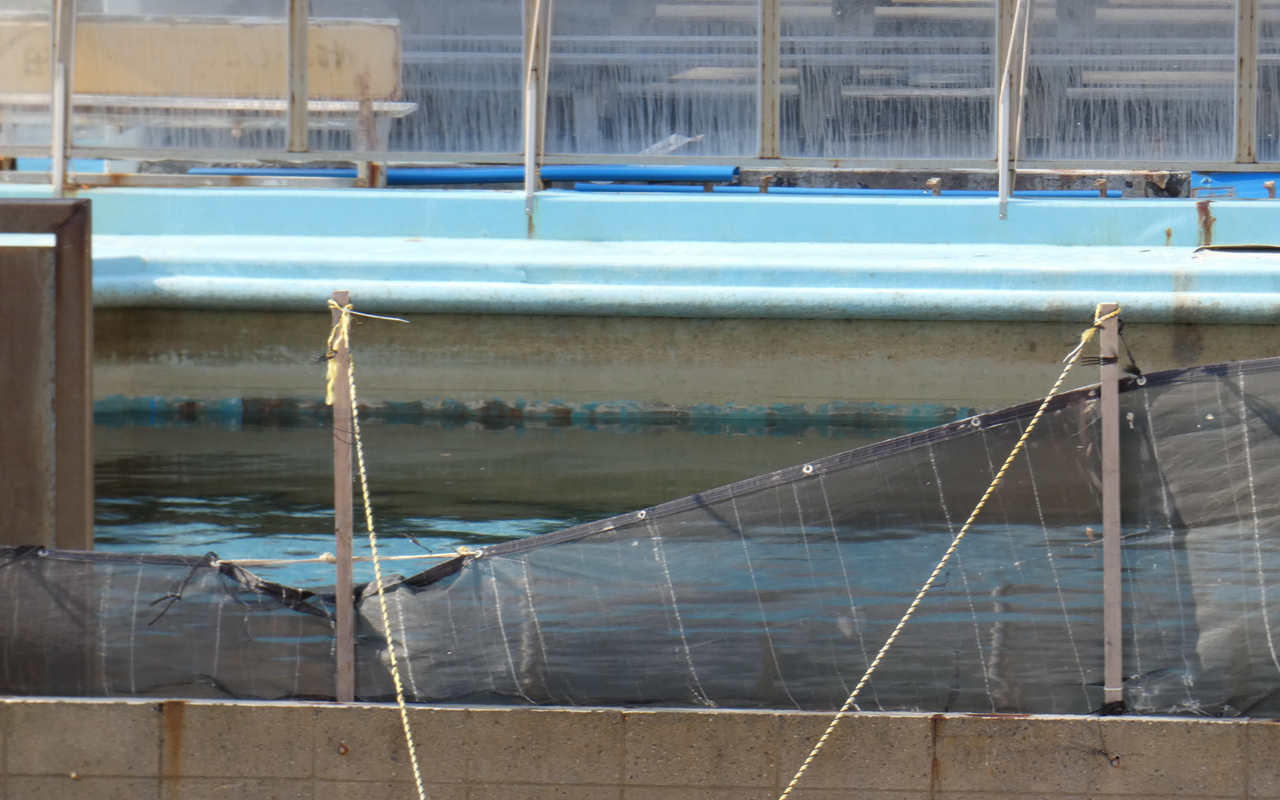 Ryokan goes cage-free only a week after knowing the truth: "Tabinoyado Saikawa"