One of the world’s largest restaurant groups, Restaurant Brands International (RBI), owner of leading brands Burger King, Popeyes, and Tim Hortons, today released comprehensive global cage-free policies. This commitment to improving its animal welfare policies occurred within 44 days of the launch of a public campaign by the Open Wing Alliance, a coalition of more than 75 major animal protection organizations.

The new global policy released by Restaurant Brands International (RBI) commits each brand to sourcing 100% cage-free eggs and egg products for every single one of their locations worldwide. This transition will be complete by the end of 2025 for 92% of RBI’s global markets (North America, Western Europe, Latin America, Australia, and New Zealand). The remaining 8% of their markets will be cage-free by 2030. RBI promises to provide annual progress reporting to ensure they meet their deadline and has agreed to translate their commitment into multiple languages.

“Burger King”, the hamburger chain well-known in Japan as well, has been rapidly expanding internationally, with the restaurant last year celebrating the opening of its 3000th location in the Asia Pacific region.

Burger King had committed to stop sourcing caged eggs in markets around the world, including North America, Latin America, Australia, and New Zealand, and for breakfast items in Europe, the Middle East, and Africa. Burger King franchisees in Thailand and Indonesia had also pledged to take cage eggs off the menu. But Burger King had not released a global cage-free policy that would include Asia.

The Open Wing Alliance, a global animal protection alliance in which ARCJ also participates, began a campaign at the end of October for Burger King including actions on social media, demanding cage-free policy applicable to Burger King all over the world.

The public campaign leading up to RBI’s new global commitments lasted 44 days. Thousands of animal advocates from all around the world took part in highly impactful digital actions. One such action was a tweetstorm that resulted in over 24,000 tweets being sent to RBI’s brands in just one day. Activists in Russia, Taiwan, Denmark, Turkey, Sweden, Finland, and Indonesia led socially-distanced in-person actions outside Burger King restaurants. The petition garnered over 268,000 signatures. The international campaign was led by member organizations of the Open Wing Alliance, a global coalition united to improve the welfare of chickens in factory farms worldwide. This global cage-free campaign simultaneously targeting Burger King, Popeyes, and Tim Hortons brought 75 influential animal protection organizations together to demand better from the companies on behalf of its consumers and the egg-laying hens in its global supply chain. 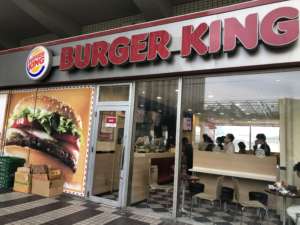 “These commitments made by Restaurant Brands International to exclusively source cage-free eggs in its markets throughout the world will help to meaningfully reduce the suffering of millions of chickens within its global supply chain,” said Alexandria Beck, Director of Open Wing Alliance. “As one of the world’s largest and most influential restaurant groups, this policy reinforces that cage-free will become the new standard for the global restaurant industry.”

This is the first cage-free declaration for a fast food chain in Japan.  We are grateful for their position of leading animal welfare in Japan.

The eggs in RBI’s current supply chain come from farms that confine hens in tiny, filthy cages. These cages are so small and packed with birds that the hens can’t do anything that is natural or important to them. Often, their body parts are caught in the caging, which results in fractured or broken bones, deformities, and severe feather loss. Some hens, exhausted or unable to move, are trampled to death by their cage mates. Naturally, when Burger King, Popeyes, and Tim Hortons follow through on their commitments by 2025 or 2030, this will no longer be the case, and the wellbeing of the chickens in their supply chains will dramatically improve.

A wave of major companies in a variety of industries worldwide are ditching cages, and consumer demand for cage-free eggs is quickly growing. International commitments to end cruel cages are being made by some of the largest companies in the world, including Nestle, Hilton, Marriott Group, InterContinental Hotels, Compass Group, and Metro Group.  In Japan as well, over 80 businesses are moving away from this horrific rearing method.

About the Open Wing Alliance

The Open Wing Alliance is a global coalition of animal protection organizations focused on creating a unified front in our campaign to end the abuse of chickens worldwide. The alliance was founded in 2016 by The Humane League and has grown into a global force with more than 80 member organizations changing the way the world’s biggest companies treat animals and setting a new standard for corporate animal welfare policies locally—in every major market—and globally. 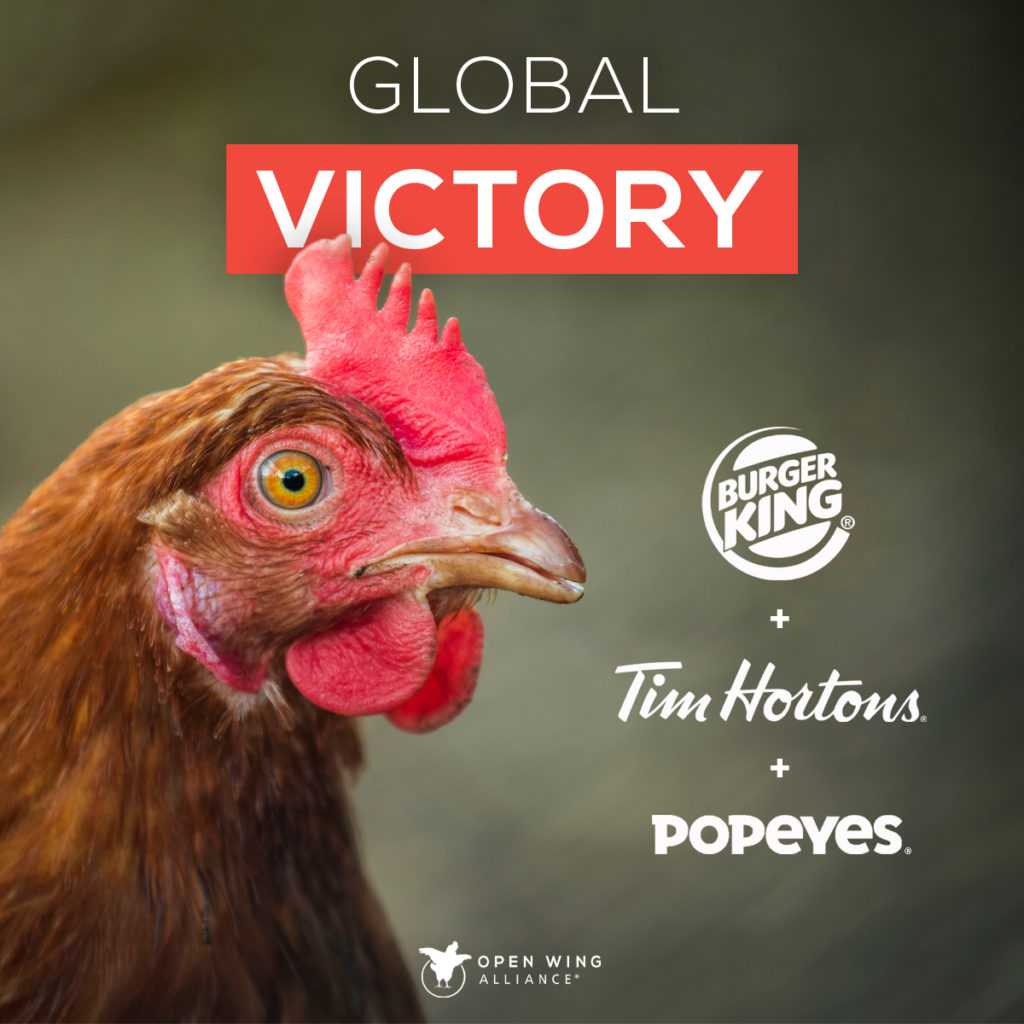